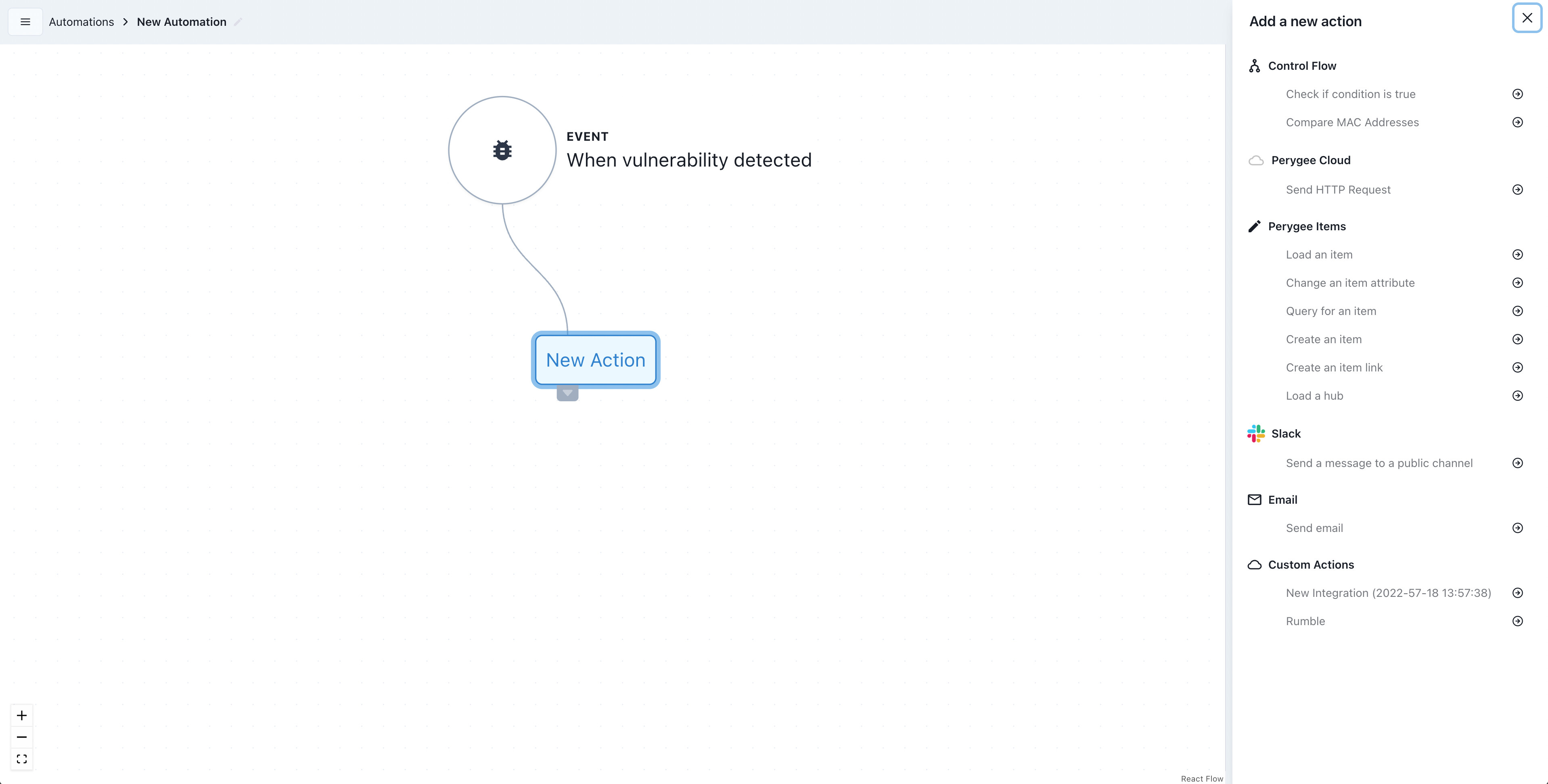 Adding a new action
Actions are represented by nodes in the Automation Builder. A new action can be added to the workflow by dragging an edge from the output handle of an existing node. A new empty node will be created and a list of actions will appear in the right side panel. Select the action you want to add and the empty node will update accordingly.

Types of actions
Below is a list of the available actions and what they do:

Using message composer
For every triggering event there exists a set of output variables, which provide context for subsequent actions in an automation. For example, the event “when vulnerability detected” includes the following output variables:

Getting started with automations